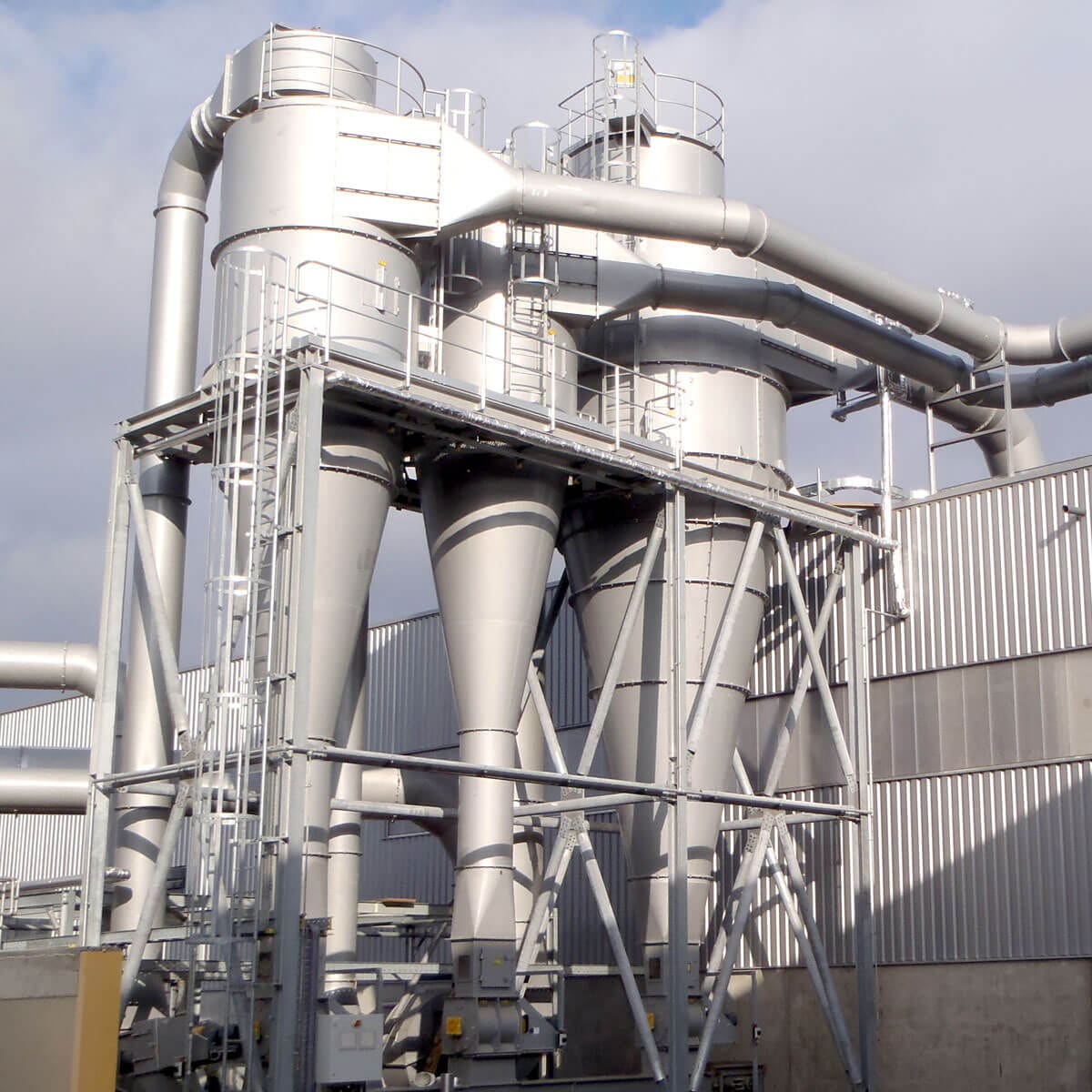 A cyclone separator, also called a cyclonic dust collector, is a widely used air pollution control device that cleanses flue gases of particulate matter before such gases exit into the atmosphere. It's a method of collecting up to 99% of airborne waste in an easy-to-empty container beneath the cyclone.